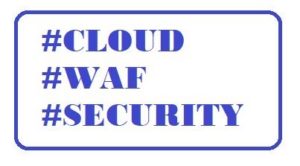 So you are planning to move infrastructure services to the cloud or you are already operating in the cloud and require extra security provisioning around your web application services (http/https) traffic.  You have come to the conclusion you want a Web Application Firewall (WAF).  This is  a good start as some customers often think they are protected with only a Firewall which they are but not to the level of a dedicated Layer 7 Web Application Firewall.  Then there are the customers that simply don’t know the difference between the two.  Let me explain briefly:

Put simply a cloud based firewall (aka Firewall virtual appliance) protects a group of computers on your network against unauthorised traffic by means of using a set of policies and ensuring traffic that passes through the firewall adheres to these rules else the packets are blocked.  A firewall operates on layer 4 at the packet level.

A WAF on the other hand is another type of virtual appliance that operates on a layer 7 level and should be deployed in front of your web applications / web sites where it inspects and monitors your http and https traffic to those backend servers.  All access to your web applications will pass through your WAF where the traffic will be inspected to determine whether the traffic should be passed through or blocked according to a core rule set that’s taken from the OWASP 3.0 or 2.2.9 rule sets.  OWASP is made up of a set of detection rules that protect against the top 10 common threats such as SQL injections, Remote Code Execution, Cross Site Scripting etc.

Consider this when evaluating your vendors.  There’s plenty more to consider which is further expanded on here: Comparing Cloud Web Application Firewalls

Now we know what a WAF is it’s time to think about what is important when deciding on one.

There are approx. 3 things that differentiate a cloud based WAF from a traditional on-prem firewall.  That is scalability, extensibility and availability.